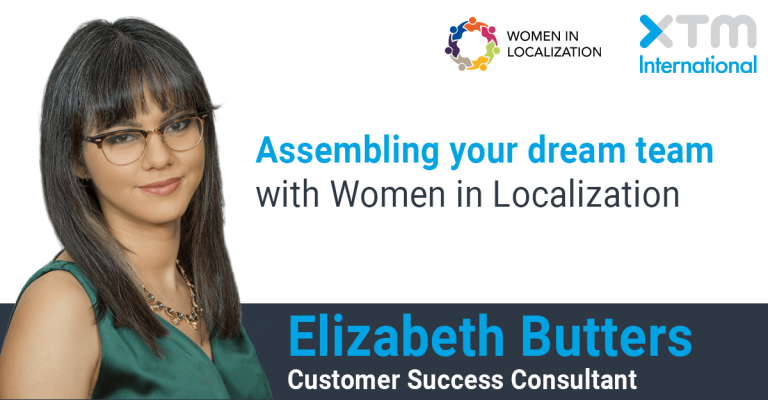 In the last set of external exam results published in Britain before COVID-enforced lockdown, it was revealed that, for the first time, more girls than boys were studying STEM subjects at A-level. That’s something to be celebrated, of course, but a step forward on one path shouldn’t have to mean a step backward on another. It’s sometimes suggested that STEM studies are a more useful and practical choice than language studies. Language learning opens as many doors as STEM studies, and talented young women shouldn’t have to choose one and abandon the other. We’re grateful to Women in Localization for many reasons – this excellent organization offers us daily reminders that when women are given equal representation, they change teams, companies and industries for the better – and today we’re particularly grateful to them for highlighting the positive career choices available to young women in the localization arena.

We’re also proud to see one of XTM International’s rising stars leading the way. Today W.L. Global Sponsorship Manager Elizabeth Butters will moderate a roundtable discussion that shines a light on the opportunities available to women looking for their first role in localization.

Young women who excel in science-based studies can also excel in language studies. Far from being mutually exclusive, they dovetail beautifully. A 2012 study at Lund University in Sweden revealed that learning languages trains our brains, actually causing parts of the cerebral cortex to grow. Students introduced to new languages found that their ability to absorb and retain information was enhanced in ways that general education couldn’t achieve, enhancing their performance in science-based subjects. Language learning doesn’t just make young women more employable, it makes them more receptive to new information and better able to retain it. It can help to capture and preserve the inquisitiveness of youth and allow it to be put to good use. Today Elizabeth Butters and her fellow industry leaders will explore just how far that inquisitiveness can take us.

This week marked the anniversary of the passing of Marie Curie. The first woman to win a Nobel Prize, Curie remains the only person of either gender to win two Nobels in two different scientific fields. Marie Curie was an accomplished linguist who spoke five languages. Didn’t exactly hold her back, did it? A step forward on one path shouldn’t have to mean a step backward on another, particularly when those paths intersect. Localization technology marks the point where language learning and scientific study come together. It’s one very good example of a dream team. Join Elizabeth Butters and her fellow leaders this evening to hear about more.