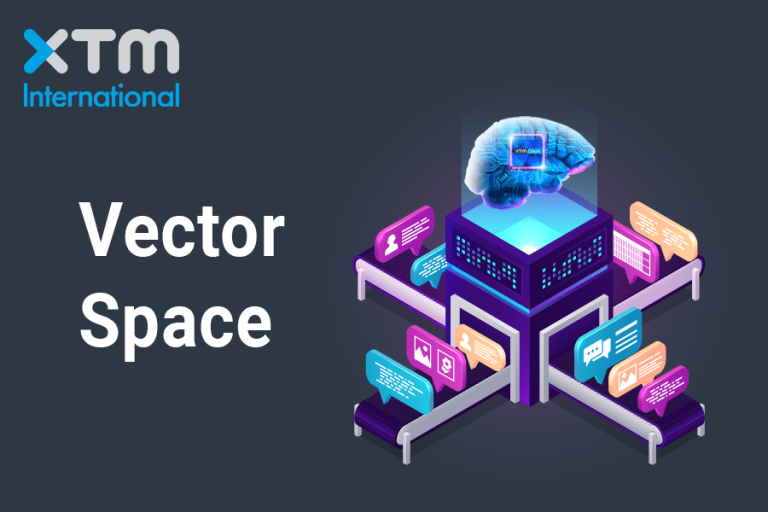 XTM International is pleased to announce Inter-language Vector Space, the advanced, neural network-based technology which will lay a strong foundation for the XTM AI strategy of XTM Cloud. This is arguably the biggest advance in language technology since Neural Machine Translation (NMT): a unique mathematical algorithmic approach to the advancement of language technology based on massive neural networks. It indicates the approximate closeness between distinct source and target words within a segment. Inter-language Vector Space is being used to enhance translators’, reviewers’ and post-editors’ productivity.

“Inter-Language Vector Space is a unique advancement in L10N AI, on par with Neural MT. It is almost ‘magical’ in its operation allowing direct alignment at the word and phrase level for the translation of a given segment. It is built on extensive work by Google and Facebook, with XTM contributing key elements from the L10N, multilingual point of view,” explained Andrzej Zydroń, CTO at XTM International.

Inter-Language Vector Space draws on massive Big Data resources including a crawl of all of the Internet and XTM’s massive bilingual dictionaries to calculate the probability of a given target language word being the correct translation of a source word for over 250 language pairs. The purpose of this AI-based technology is to augment linguists on simple, lower-value tasks by offering algorithm-driven automation to improve their productivity and user experience. Manual transfer of inline elements to target segments or bilingual term extraction take an inordinate amount of time and effort, negatively impacting stakeholders’ productivity and creativity. Auto-inline elements and auto-bilingual term extraction, supported by AI-based Inter-Language Vector Space, help eliminate the mundane from translation processes. This, in turn, brings quicker turnaround times, significant cost reduction and a marked increase in quality.

Finding equivalents of source language words and phrases if no dictionaries or existing translations are available is a laborious and time-consuming activity. Inter-language Vector Space is based on extensive neural network analysis of the whole of the Internet, encompassing 150+ languages. According to this new approach, language is represented as a set of relationships between words and vector space points from one word to another, resulting in simple answers to operations, such as ‘king’ is to ‘man’ as ‘woman’ is to ‘queen’. Inter-Language Vector Space is able to automatically work out relationships between words and how they relate to one another. It knows that ‘king’ relates to ‘man’ and therefore can also provide the equivalent ‘queen’ for ‘woman’. The unique point of Inter-Language Vector Space is that this can be done across different languages:

This is an extraordinary breakthrough in NLP AI.

XTM Inter-language Vector Space is at the core of XTM International’s strategy to implement AI NLP-based enhancements to language technology. Aside from auto-inlines and auto-bilingual term extraction released in XTM Cloud v12.3 and v12.4 respectively, the future AI-based releases in 2020/21 will include auto-completion, auto-subsegment matching, and auto-fuzzy correction.

If you’d like to learn more about Vector Space technology and how it can improve your localization agility, please contact info@xtm.cloud.

XTM International develops XTM, the world’s leading cloud-based translation management solution (TMS) with an integrated Computer-Aided Translation (CAT) and Computer Aided Review (CAR) tools. It is designed to be scalable, flexible and agile, with industry open standards at its core.

XTM’s customers include many of the world’s leading enterprises, across a wide variety of industries. More information is available at the XTM website or to test XTM Inter-language Vector Space, sign up for a fully featured 30 day trial of XTM Cloud.